CASCADE (CArdiovaSCulAr outcomes after major abDominal surgEry) was an international, prospective multi-centre audit designed and led by STARSurg and EuroSurg in the United Kingdom and Europe from January to July 2022. We set out to characterise the incidence of postoperative cardiac complications (PCCs) following major abdominal surgery based on definitions published by the STEP COMPAC Initiative in 2021. The lack of consensus in definitions previously led to significant variability between studies in their reported PCC rates.

Based on European perioperative guidelines, we aimed to audit compliance to pre-, intra-, and postoperative standards aimed at reducing the risk of PCCs. Our secondary aims included (1) characterising the incidence of PCCs, (2) identifying risk factors for PCCs, and (3) exploring the association of PCCs with postoperative morbidity and mortality.

CASCADE exceeded our expectations, with 24,260 patients included in the final dataset. It is the largest study STARSurg or EuroSurg have conducted to date.

These are the early results of our analysis:

There is ongoing analysis of the CASCADE dataset to explore: 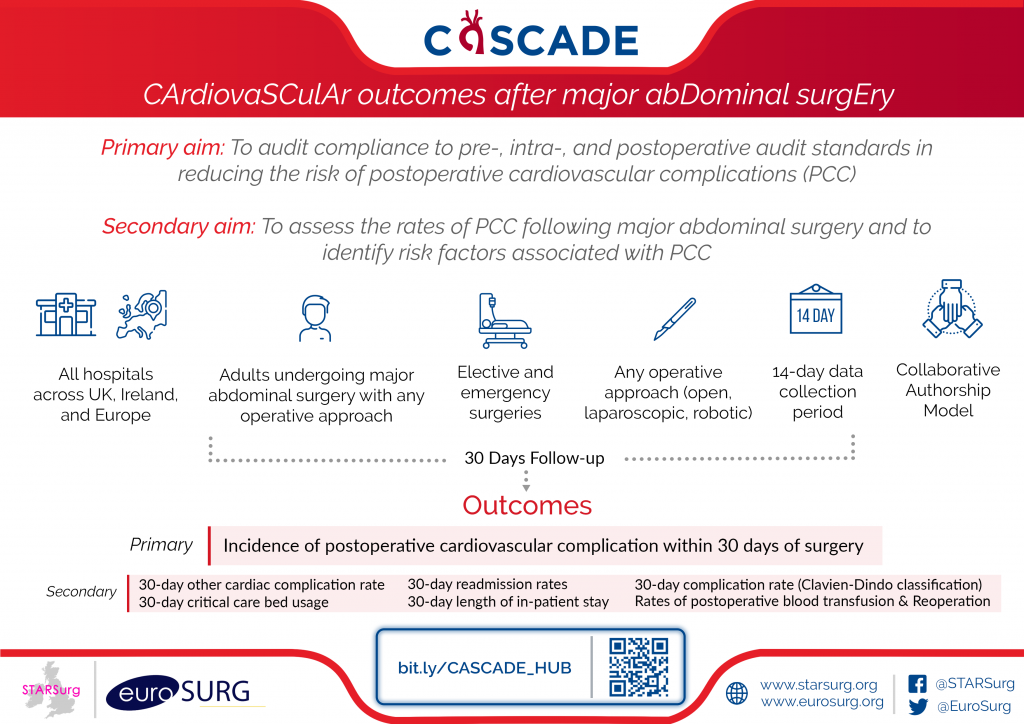 How to get involved in CASCADE

If you are a student in the UK or Ireland, you can join CASCADE as a collaborator. Please contact your regional lead to register.

If you are a student or trainee in Europe, and would like to get involved, please register your interest or contact your national lead directly, using the map below.